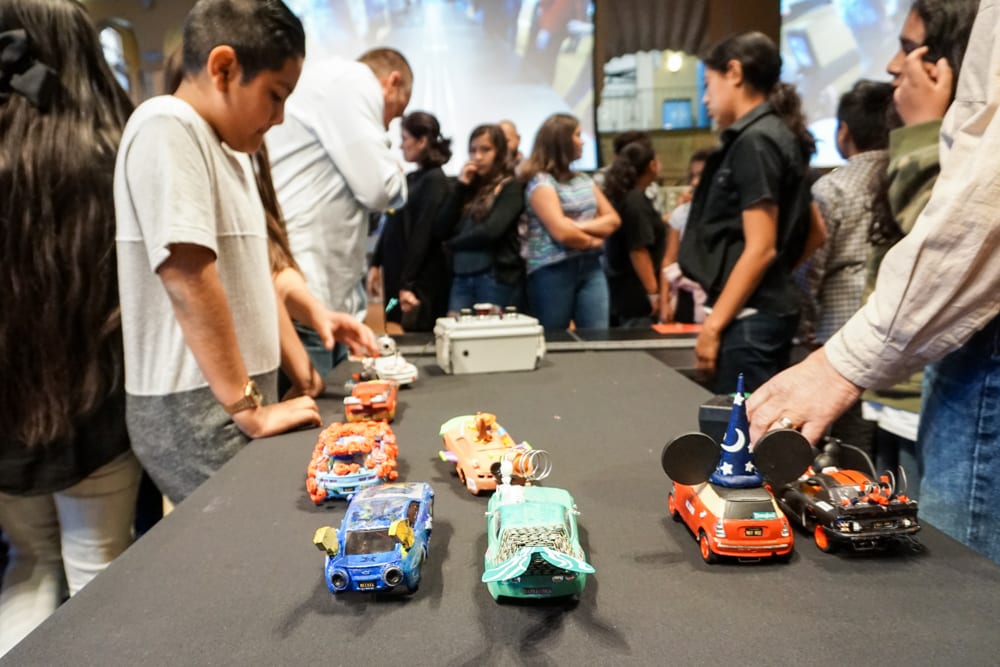 During a five-week collaboration, 6th grade students from Arroyo Seco Elementary teamed up with mentors from Disney Consumer Products and Walt Disney Imagineering in the Creativity Lab to build and race their own Disney-themed slot cars! Teams of two were each assigned a theme to design their product around: Disney XD’s Mech X, Star Wars, Beauty and the Beast, Pirates of the Carribean, Disneyland and Toy Story. From the initial concepting to planning, fabrication, and decoration, to the final tune-up, the students were guided through a rigorous design process and encouraged to collaborate on ideas and execution.

When the slot cars were complete, the students traveled with their families and classmates to Grand Central Air Terminal in Glendale, part of the Disney Grand Central Creative Campus, to meet with their Disney mentors and put their designs to the ultimate test on the runway!